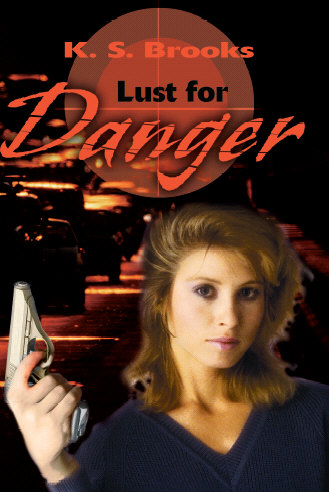 She relishes an ocean breeze, the luxury of silk, and the feel of a 9mm gun gripped in her hand. The name’s Night, Kathrin Night, Special Agent for the Bureau of International Trauma Analysts (BITA), a “secret” division of the United Nations Security Council.

The Bureau is directed by someone high up in the U. N. to quietly look into an act of terrorism. But, when this seemingly mundane investigation threatens to expose scandalous political alliances, the BITA is ordered to cease its activities immediately. Feeling justice has not been properly served, as three suspicious deaths are involved, Agent Night is compelled to dig deeper. On her own time she puts to good use her FBI and Navy Intelligence training, her high-tech resources, and when necessary, her crafty, alluring ways with men.

Defying death in situations all over the world, Agent Night discovers a labyrinth of treachery, which leads her to unearth a plot to commit mass-murder on a chilling scale. Can she stop it before it’s too late?

“The action, like the humor and sexual tension, is pretty much non-stop. Put simply, “Lust for Danger” proves to be both lusty and dangerous as well as good fun. It’s an enjoyable, fast paced romp…” – An Amazon.com Reviewer

A note from K. S. Brooks: “My apologies, this book is no longer available. When I wrote it, and when it was first published, it was considered avante-garde. But nowadays, I don’t feel it’s up to snuff with my other writing, so I’ve pulled it from the market. I plan on rewriting it completely and launching that with a new title as the first book in the ‘Lust for Danger’ series. Thank you for your patience.”