Four pieces of my work have been accepted into the Chewelah Creative District’s February showing of “A Light in the Dark.” Three pieces are from the past year, and one is from the 1990s… And since I take things literally, they have everything to do with the Light in the Dark theme.

There is no admission fee for this show which runs from 2 to 6 p.m. at the Chewelah Golf and Country Club. 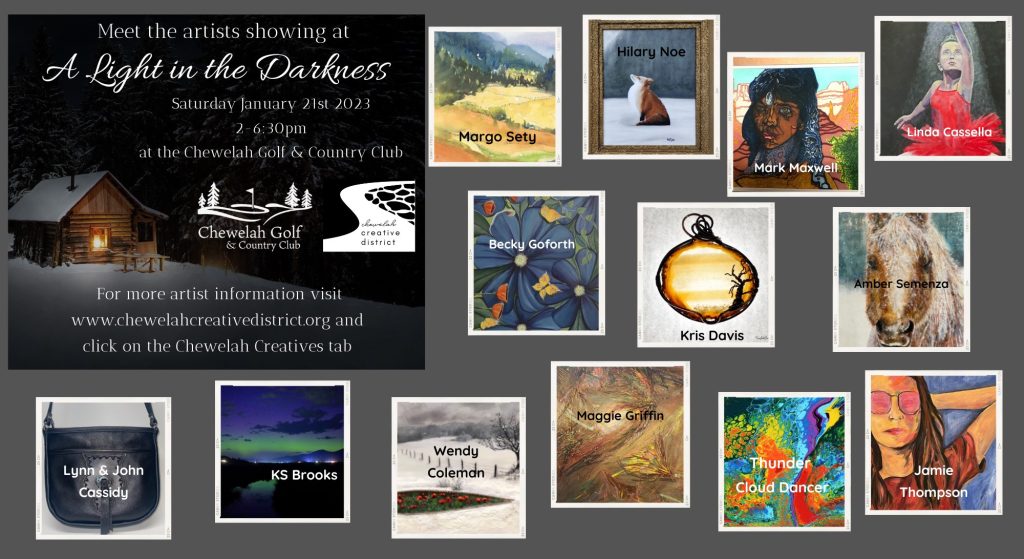 I’d like to send out a special thanks to the Chewelah Creative District for featuring my photography in their Pop-Up Gallery at the Huff Cultural Center in downtown Chewelah last night, July 7, 2022, during the First Thursday Art Walk. What a class act! The display looked fabulous, the volunteers were amazing and helpful, and the turn out was insane!

Being a member of the Creative District is really, really worth it. 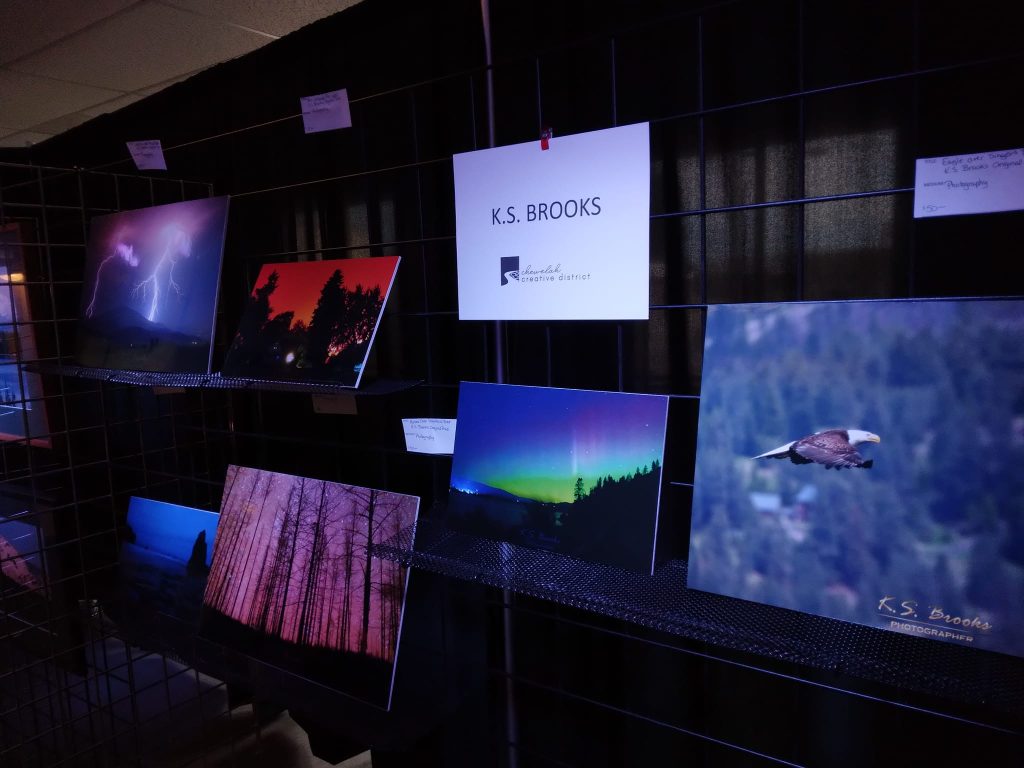 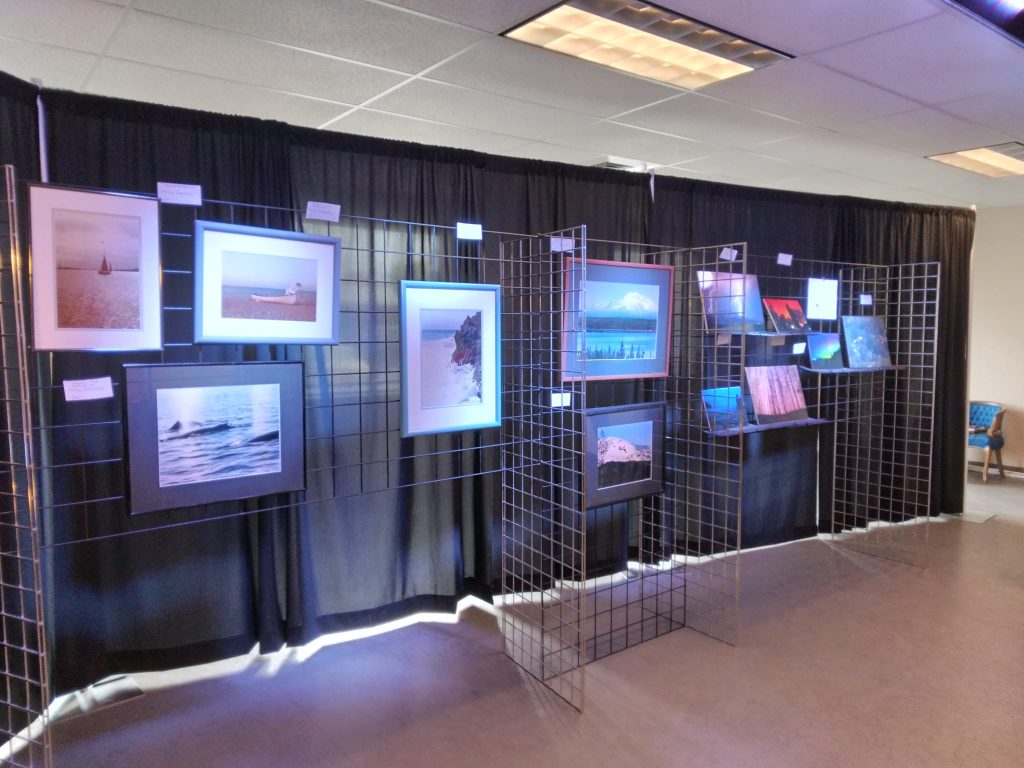 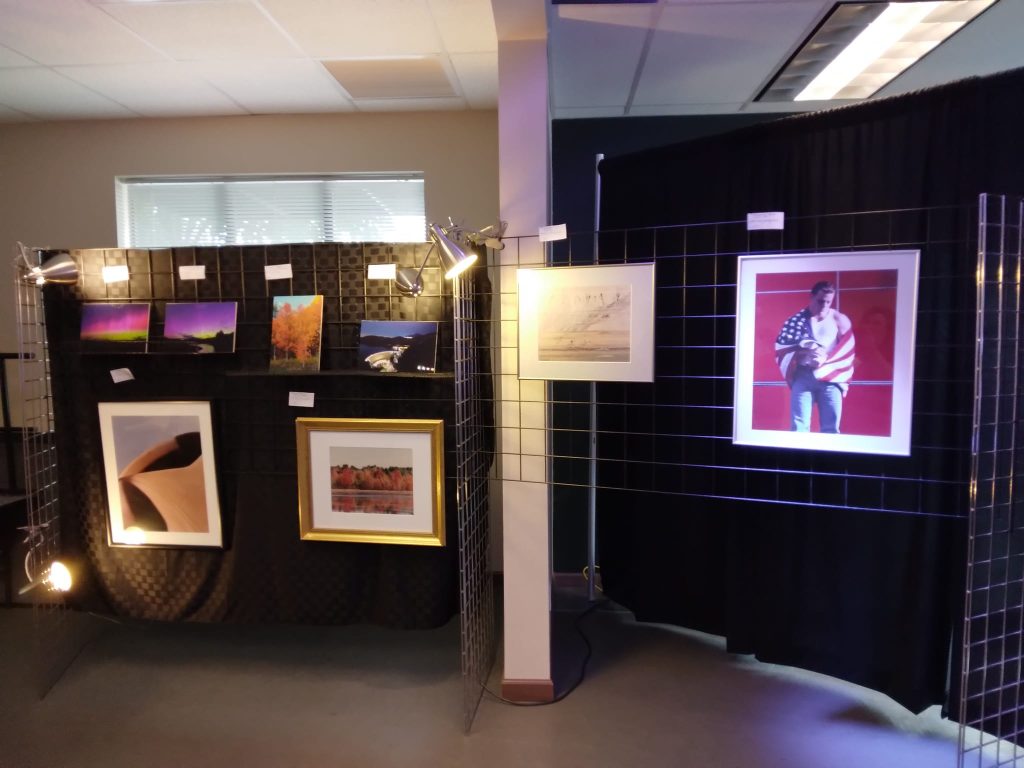 For some reason, I get chosen to cover all the Sasquatch stories for my local papers. I’m not sure why no one else seems to want to write about this, but now it’s kind of my “thing.” Luckily, the people I’ve met (okay, except for a couple) have been completely reasonable and skeptical in their approaches to investigating the mythical creature. Is it real? I dunno, but I’ve sure enjoyed following others along as they’re trying to find out.

What do Sasquatch researchers talk about around the fire? Stories of finding footprints, hearing screams, and other mysterious encounters. I get a feeling that there is a little bit of competition in some cases, but for the most part, they all want the same thing: to know if Sasquatch is, in fact, real.

Being invited on a Sasquatch expedition may sound strange to some, but to me, it was an honor because of the level of trust involved. I agreed to camp overnight at an undisclosed location. Eventually, I was told the address and asked not to reveal it in order to preserve the wildness of the place. Don’t bother asking me where. I won’t tell.

Will Ulmer of Bigfoot of Stevens County greeted me when I arrived. He had just returned to camp with visiting experts Stephen Major of Extreme Expeditions Northwest LLC, Larry “Bean” Baxter of Kenai Bigfoot Research Group, Amy Bue of Project ZooBook, and Josiah Martin of Martin Media. The group had brought thermal and infrared imaging that was really impressive. Their film crew — Josiah — had one of the most advanced drones available. If Sasquatch was out there, they felt pretty confident they’d be able to pick up on him or her…..

From the December 2019 edition of the Silverado Express newspaper. You can read the rest here. If you like it, please give it a clap. Thank you.

It’s white, but it’s dark. Your arms are pinned. You can’t move your legs. Are you up or down? You can’t tell. Muffled voices filter down through the packed snow, at least you think that. Do they know you’re there? You want to scream, but you don’t want to waste precious air. Terror overrules logic, so you scream bloody murder. Your heart is pounding in your ears so loudly that you’re not sure you’ll be able to hear anyone answer you. Tears pour down your face.

You jerk when something pokes you. “I’m here!” you yell.

The sound of shovels cutting into the snow brings even more tears. “Hold on, we’re coming! Hang in there!” they call out to you.

From the March 2020 edition of the Silverado Express newspaper. It also was picked up in a January edition of the Chewelah Independent newspaper. Read the rest here. If you like it, please give it a clap. Thank you.

When I arrived at Seitters Farms, a side-by-side sped past me and slid sideways to a stop on the icy and muddy driveway as if guided by the skill of a professional dirt track racer. When I put my truck in park, I looked over to see Levi Seitters behind the wheel of the UTV, a bright, toothy grin from ear-to-ear.

“That was pretty awesome,” I said.

“She said I should beat you here,” Levi spouted, referencing his sister, who was seated next to him….

From the January 2020 edition of the Silverado Express newspaper. Read the rest here. If you like it, please give it a clap. Thank you.

The Community Colleges of Spokane will be hosting Gluten-Free Living classes at the following dates, times, and locations:

Registration in advance is required – classes must meet a student quota or will be cancelled 1 week prior to class date – so make sure to call and get yourself a spot! Classes cost around $7 per person. Call 509-279-6030 or 800-845-3324 and choose option 1 to be connected to a registration agent. All ages are welcome. 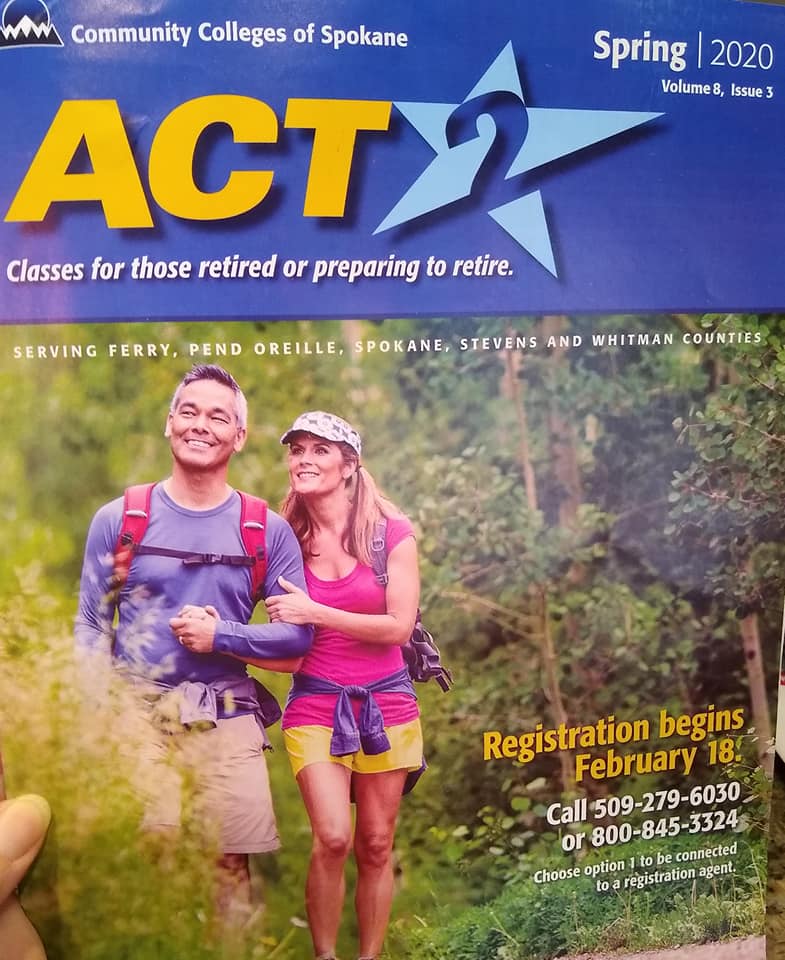 Tournament of the Inland Empire happening this weekend

ARDEN OLD TIMERS RODEO Roughin’ it in the rain